Coachbetter: The most user-friendly, training planning and team management app in football

Football-Coaching 3.0: Innovation and organization consolidated in one App. All training activities, session plans and knowledge articles are designed by UEFA licensed and experienced coaches - Coachbetter content is easily adaptable to the performance level of any team - perfect for coaches, clubs, or federations. 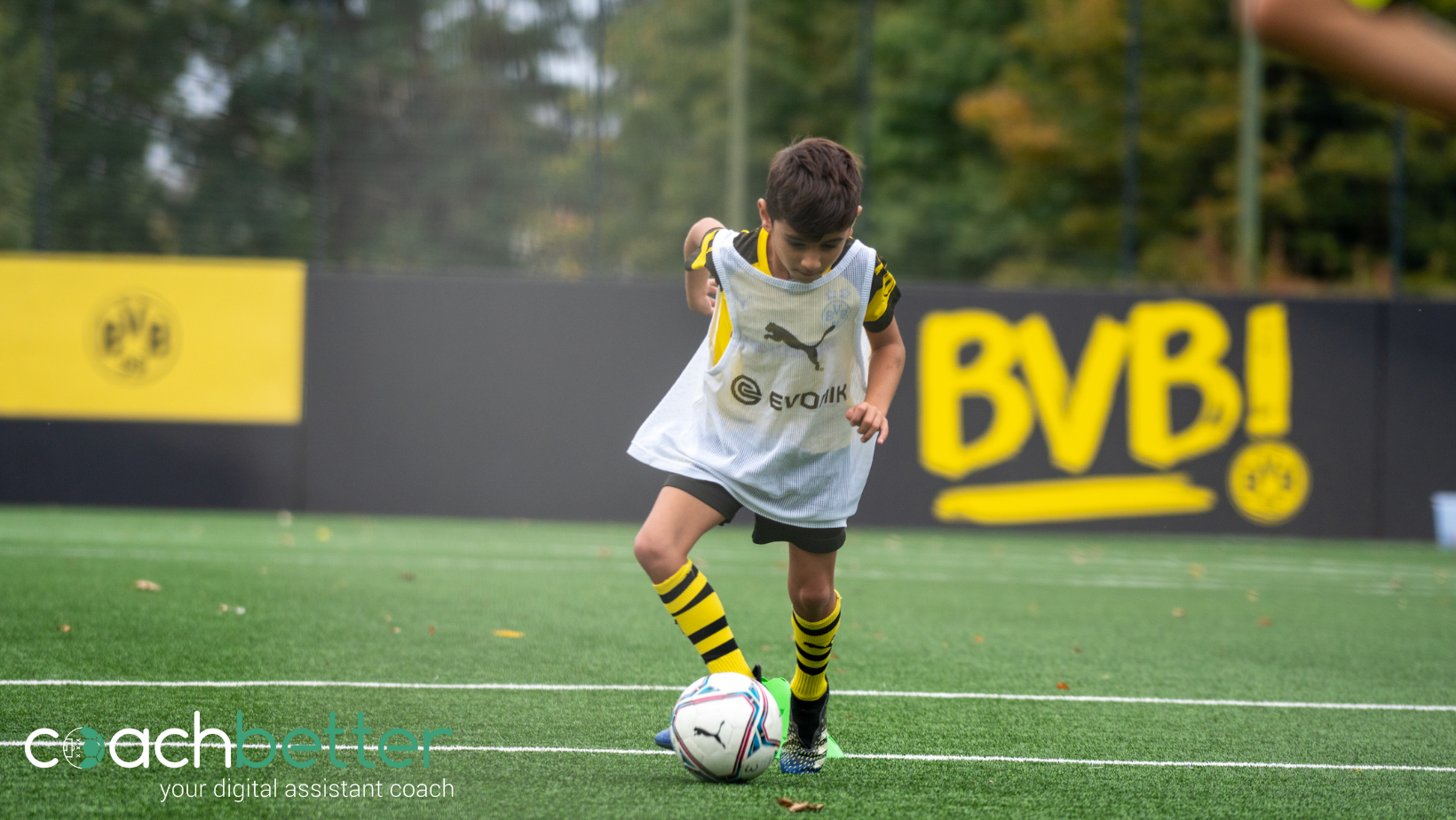 It all started with the passion for football. And the desire to make things easier for coaches, staff and players – to digitalize the organization around trainings and game-days. That is how the idea grew to create the coachbetter-platform. The aim was to build a tool to support mainly coaches in creating their training-sessions, but also help in the communication between team-members and coaching-staff, the app should also help coaches in their own development, be an useful tool for the game-day preparations, keep track of the players development and last but not least help the clubs keep an overview of all their teams, coaches and players.

What started off in Summer 2018 during a lunch among a couple of passionate-football-players with an eye on the digitalization is by now a game-changing support for many clubs. The coachbetter-app even made it to the number one tool used by the well-known German football-club BVB. BVB branded the app for its own purpose, and uses it to get kids, rookies and nearly pros to the same level of team-spirit and to help all participants of the BVB e-academy (Evonik Football Academy) around the world to be taught in the same quality.

"The key to the success of our academy and the partner clubs are our coaches. By working with coachbetter and creating the BVB eAcademy, we want to ensure the best possible education and development for our coaches with the BVB philosophy. The better the training, the greater the added value for each individual player and their development, athletically and personally."
‍
Florian Ingwersen, Lead Project Manager BVB eAcademy

From the idea to the app

As passionate football-player and platform-developer Co-founder Stefan Steuble immediately understood what the idea from Patrick Patzig, former FIFA-employee and football-coach was aiming at. Patrick went through a training to become a coach himself and saw the  instant necessity to offer coaches a digital and easy available platform with training-sessions. Thinking about this tool, the four friends quickly came up with the brilliant idea of developing a platform helping coaches to plan and develop their training-sessions, supporting players for their trainings or the game-day, but also helping teams with their communication and clubs keeping an overview about the players development.

The solution: A digital tool to lift the coaching skills to the next level

The coachbetter-founders understand the challenges a coach has. That's why the coachbetter-app had to be really easy to handle and intuitive usable. A training-session should be set together really quick and in a simple way. Then, once a session is set up the coach could share the planned exercises with his players, so that each one can prepares himself individually. Of course the app also offers an after-training-reflection-area with a video-analysis-tool.

"From a technical point of view the development of the platform was not a big challenge, but the difficulty was, how to display and create the app in a way, that the coaches can use it in an easy and intuitive way." Co-Founder of Pixel-Plus and CTO of Coachbetter, Stefan Steuble.

The result: The digital Coaching-platform supports teams around the world

Besides the BVB-eAcademy meanwhile teams from the around the world work with coachbetter. From Kids-teams, to grassroots-teams to (semi-)professional players but also clubs and associations are happy users of coachbetter.

«Our goal is not just to improve our football-skills but also to continuously improve the coachbetter-platform.» Stefan Steuble, Co-founder Pixel Plus.

Coachbetter as an app, as a platform supports players play better, coaches coach better, teams struggle less with their communication and whole clubs and associations keeping the overview. 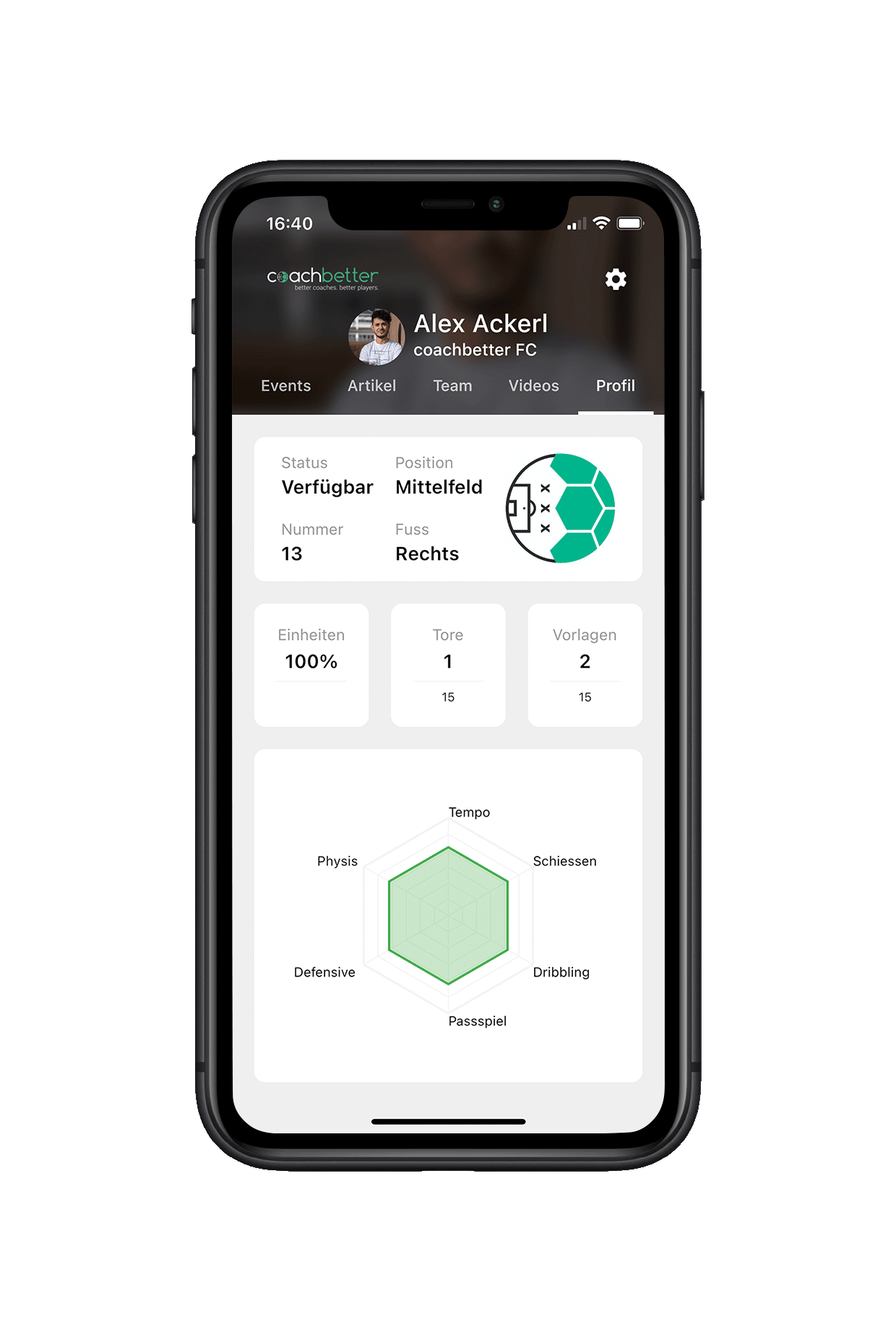 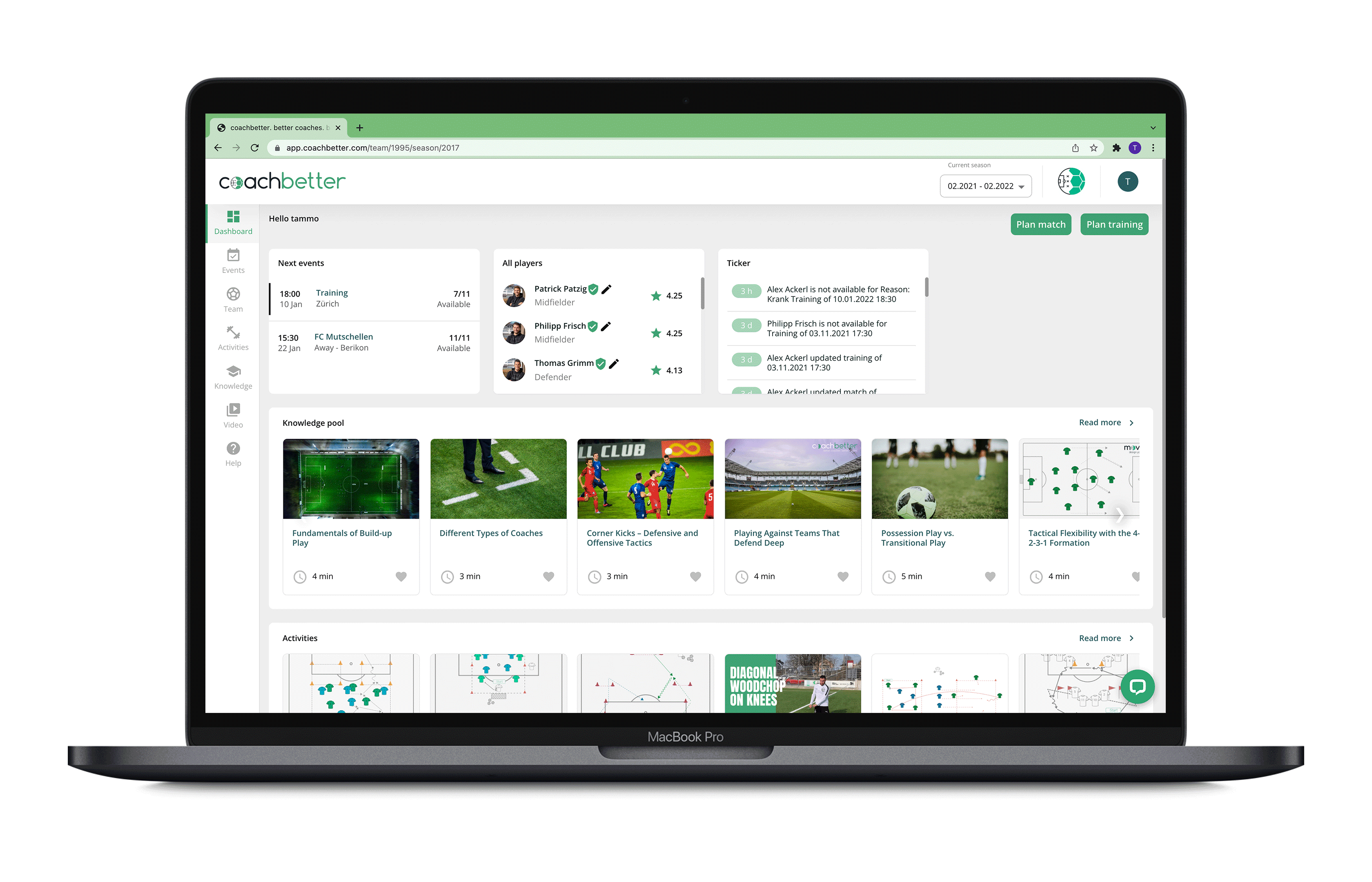 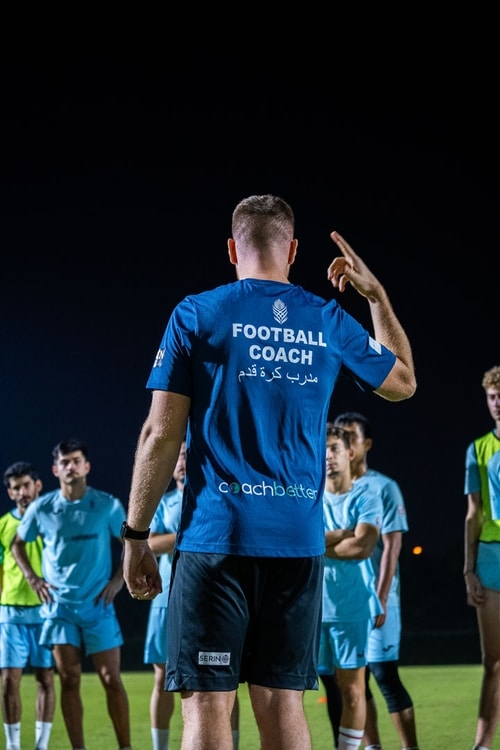 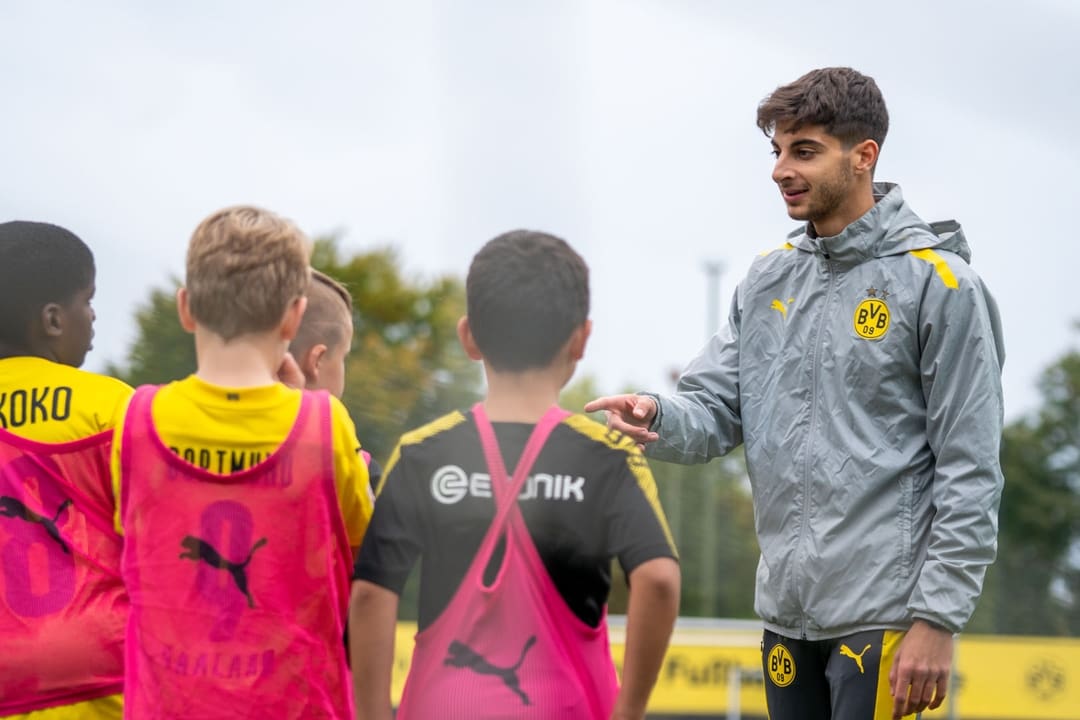 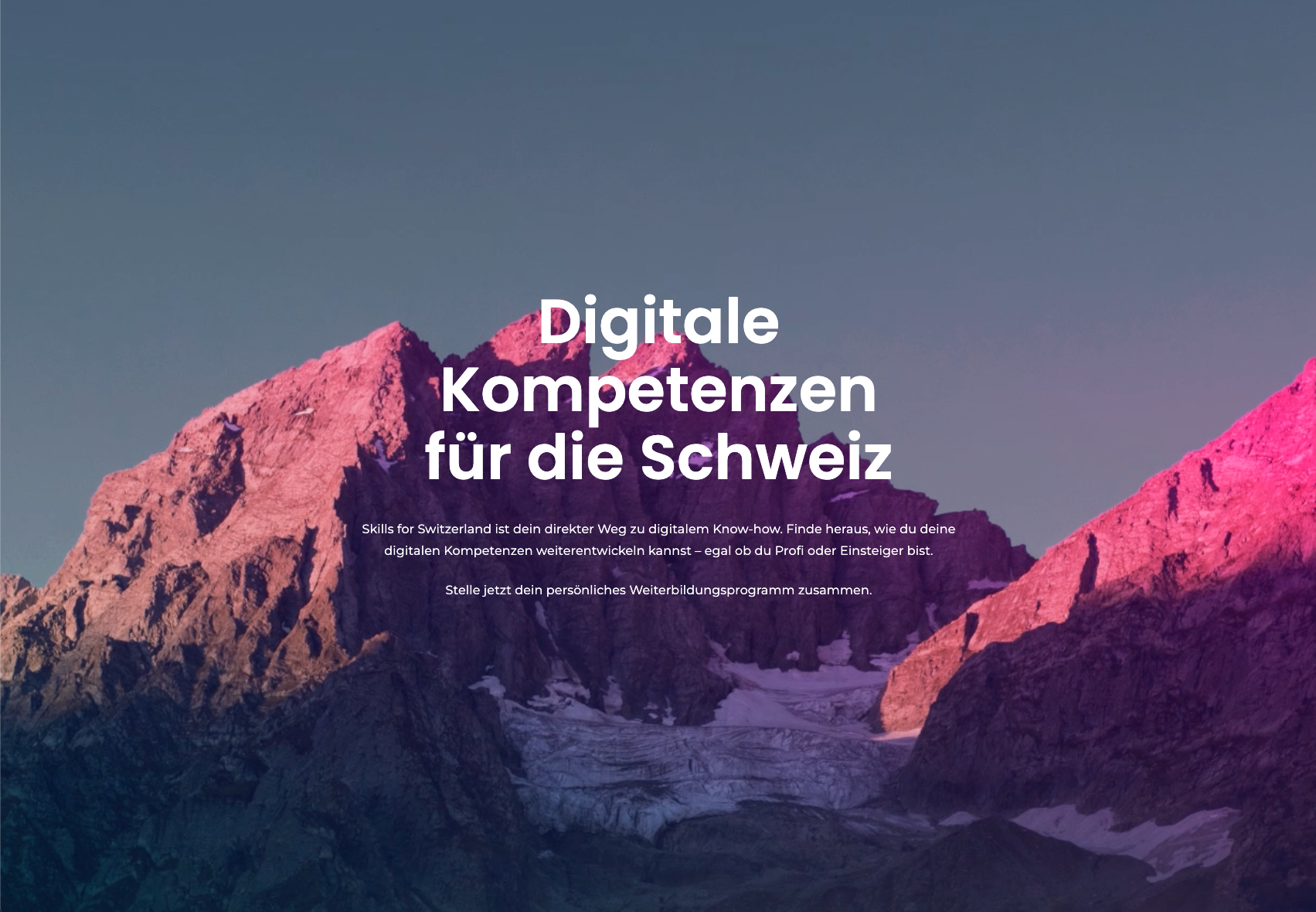 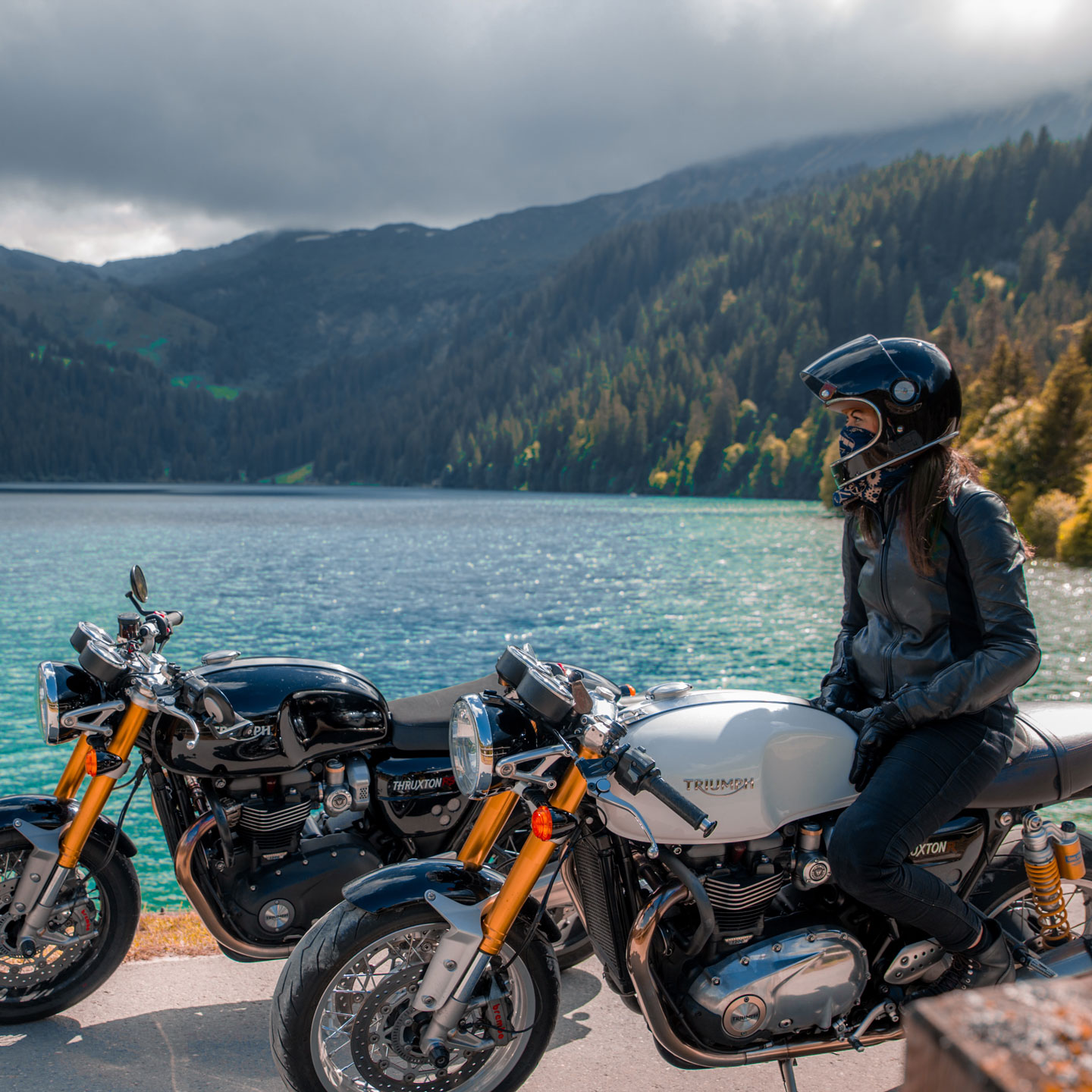 We are a skilled tech team focusing on building high scalable platforms. Leave us a short message and we will get back to you.